iOS 8: This is how the extensibility of Apps will work 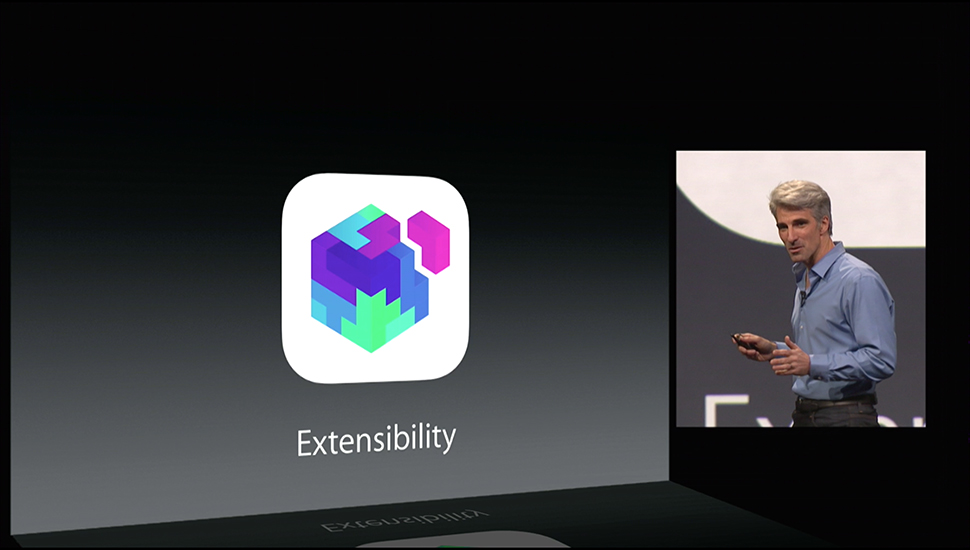 Extensibility, an important novelty of iOS 8

iOS 8 and OS X Yosemite, the new operating systems that Apple has presented respectively for mobile devices and computers of the firm, they stand out above all for their main developments for developers and for the new concept of extensibility. But well, as many do not know the way in which the applications will work from now on, we are going to review it.

Extensibility, a key factor in the fight against Android

First of all we have to say that extensibility is understood in these cases as the possibility that third-party developers have, to create application extensions that are functionally integrated into the rest of the operating system of Apple. That would allow, for example, the installation of new keyboards, Swype or SwiftKey style, or the use of filters without having to leave the Images menu, for example.

Of course, beyond the interest of developers of Apple For achieving much more flexible ecosystems than before, the war with Android cannot be considered, given that the Google OS has always been more friendly to developers. Now, according to the latest movements of the company, it seems that they have finally decided to face those of Mountain View in this aspect, and that is why these novelties are so interesting.

Undoubtedly, as part of this new idea of ​​extensibility in iOS 8 and OS X Yosemite, the most remarkable at the user level will be to be able to configure widgets in the Notification Center. However, the difference that will exist in the case of the mobile ecosystem with respect to that of computers and Android itself, is that we will decide if we want to send an application there at the moment of installing it, not later. This coincides with the idea of Apple that the light and minimalist notification center is maintained, although it is true that in some cases this could be annoying.

Nous recommandons:  Amazon work in a system so we can pay by hand

So far, Melablog has pointed out that seven specific areas have been established in which extensible applications can be made. In some cases they are shared for iOS 8 and OS X Yosemite, like when we talk about “Today”, for the Notification Center; "Share", for the web or social networks; and "Actions", for other apps.

On the other hand, some areas are specific to each particular operating system. Among them we can mention for iOS those of “Photography Edition”, “Storage Provider” and “Keyboards”; while OS X Yosemite will also have exclusivity, where appropriate with the so-called "Synchronization – Finder", which will allow you to store remote files with contents in the Finder.

iOS 8: This is how the extensibility of Apps will work
5 (100%) 5 Votes
AppsextensibilityiosWork